Mae is temping at a water company. Her father is sick and the insurance won’t cover his medical needs. She gets an interview by her friend Annie to work at “The Circle”. The campus of The Circle looks like a combo of Google and Nike. Part of her job is working with clients, and there is a huge focus on her rating (1-100). She is stressing a little ebcause her score is only an 87, her friend encourages her to hang in there.

She goes to a large auditorium where Tom Hanks, Mr. Bailey, is giving a presentation to the employees, called Circlers. He talks about new cameras that can be placed anywhere that are the size of marbles, and can pickup more than just video – like air quality, traffic volume, weather patterns, biometrics, facial recognition, saved and searchable. The technology is called SeeChange. Mae seems a less than enthusiastic that the other Circlers about the new technology.

There’s an after party and Mae meets up with a person and they share a bottle of wine. They joke that many people at the Circle are drinking the “Kool-aid”, He leaves and she rides the last shuttle home. She talks to her parents about the new job and meets up with her old school friend, Mercer, who talks about the anti-trust issues that a Senator is looking into at the Circle. 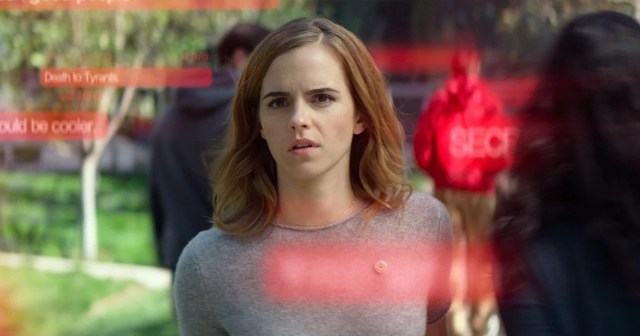 Meanwhile, back at Big Brother Central, aka the Circle, Mae is watching some news reports on the Circle. Two really creepy and passive agressive employees come up and talk to Mae about how she needs to integrate more, more, more with the Circle community and basically, not have a life outside of the Circle. They reference many personal things from her interview and profile. Mae gets more integrated into the system and begins to neglect her family, in particular, her ailing Dad.

Annie mentions that she might have a solution for Mae’s Father. While at the medical area, Mae receive an unsolicited watch called the “MediaBand” which collects all of her bodily activities. The doctor mentions they will send out some tech to Mae’s parents to monitor her Father’s MS.

An announcement comes as the Senator investigating the Circle is suddenly grabbed by the FBI. Then a government official, Olivia Santos, states that she will be sharing all her emails, phone calls, etc on her TrueYou page. Her friend, Ty, then invites her to a Restricted Area, that shows the data center that holds people’s personal data – NSA-style.

Mercer comes to Mae’s work to say that after she posted his deer antellar’s online he started to receive death threats about being a deer killer. He then mentions that she is getting too deep into the Circle. There seems to be a spin message – about the dangers of the company that’s actually trying to do something good which is end secrecy. 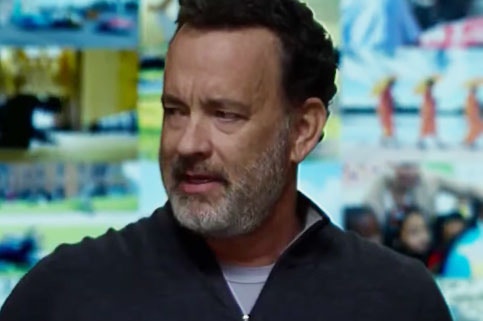 After a botched kayaking trip, Mae is manipulated by Mr. Bailey to wear a camera on here at all times. Her friend Annie is suffering burn out, and because Mr. Bailey is possibly angry with her about the Senator thing. Mae really begins to drink the Kool-Aid and talks about forcing all all Americans into the Circle and “connected and united”, especially through elections.

It continues to escalate until a new “APP”, called SoulSearch is a way to find fugitives. But then they turn on a regular person, namely Mercer. The people find him and like the Paparazzi, crowd him until he drives off a bridge after a drone slams into his windshield. Mae takes some time off and does some of her own Soul Searching.

Mae eventually turns the tides on Eamon and releases all of his data to the public about his nefarious activities. And now openness is turned on everyone, and no one is above the openness.